Skip to content
Home“The Female Man”: Issues Of Gender And Feminism In SF

Hey Man, The Future Is Female… 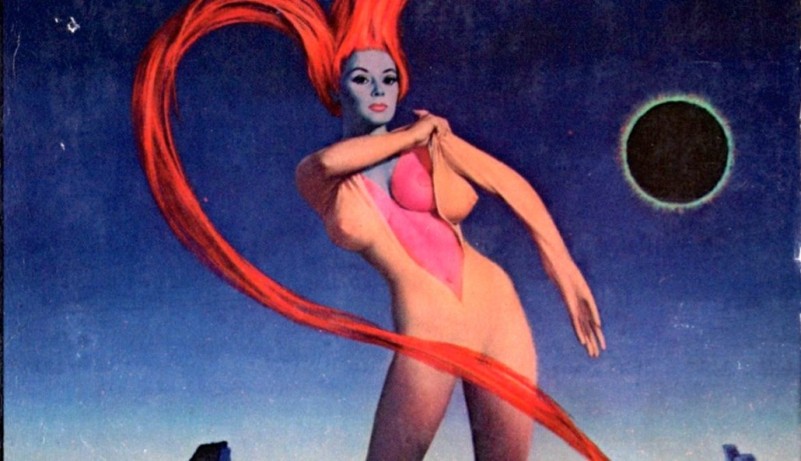 “After reading Ursula K. Le Guin’s work, I began to think about how women could explore alternate biologies and societies for their benefit. That’s the sign of good science fiction” – Marge Piercy.

“The enormous appeal of science fiction is the ability to change just one or two small variables and see what could happen,” says writer Marge Piercy, whose 1976 novel: Woman On The Edge Of Time has become a feminist SF classic. “Up until [The Left Hand Of Darkness (1969)] most science fiction had assumed binary gender throughout the universe. She writes of a world where gender is irrelevant and sexuality completely fluid…”

Aeons ago, when Brad was… oh, about that high, there was an easy peasy way to tell the difference between boys and girls:

boys loved sci-fi –girls did not = it was that simple.

Nowadays, of course, such a statement sounds so trite and patronising… not to mention simple-minded. Encouragingly, more than ever before, there is active female participation in science fiction, whether it be reading novels or comics, or – better still – producing a new wave of critically-and-commercially-acclaimed material.

As this Post will show, not only has the number of female SF writers grown, but the genre has always had a healthy history of influential female involvement.

Recalling those longlost schooldays, it would now appear that those attempts by girls to run off with our Star Wars figures signified concerted efforts to break barriers and expectations and try to infiltrate this exotic-looking Boy’s Club. Back then, of course, the very notion of ACTUALLY TALKING TO GIRLS about comics, spaceships, transdimensional engineering and the inner workings of

Mennotor 430 Neural Inhibitors seemed so… far out – as unlikely as…

… as BBC’s Doctor Who ever changing into a woman…

“I wish my successor, whoever he or she might be, the best of luck… I think it might be quite nice to have a woman…” – Tom Baker.

In July, the biggest SF news happened to be the announcement of the next regen(d)eration of Gallifrey’s most famous Time Lord; this year’s Christmas special will mark the debut of Jodie Whittaker – the first woman to portray the Doctor since the series began in 1963. There came a point during the most recent season in which the current Doctor (played by lifelong-Whovian Peter Capaldi) explains – to his gobsmacked companion – how his race long ago transcended the whole gender-thing, and you think – aha! – better prepare for something pretty unprecedented here…

When avidly watching the series back in the early ’80s, this boy – who constructed his own sonic screwdriver, used his own wardrobe as his TARDIS, and brought Teddy Edwards along as his own companion (aah bless!) – would have baulked at the prospect of having an actress in the titular role; now, of course, that prospect is in keeping with the fresh and innovative nature of the show and should be warmly welcomed.

On the threshold of making SF TV history, Whittaker said she felt “beyond excited to begin” reinvigorating the BBC’s longest-running SF series. Certainly, Verity Lambert – the producer responsible for bringing Doctor Who to television screens in 1963, would have been absolutely delighted with this news…

“[The Female Man is] a wonderfully inventive novel – this interplanetary exploration of feminist inner space, this sophisticated, playful fantasy book is, of course, all about reality” – Phyllis Chester.

“You simply can’t underplay how ground-breaking it was,” remarked Yasmin Khan – advisor to the “Into the Unknown: A Journey Thro Science Fiction,” a major exhibition held in London this past summer – referring to Sultana’s Dream, written as early as 1905, in Bengal, by Rokeya Sakhawat Hossain (then aged just 25). “Raised in an upper-class Muslim family, she was denied a social education, like many women at that time.”

Appalled by the social injustice inflicted on women, she created “Ladyland”: a technologically advanced matriarchy where women monopolize all freedoms, while men are secluded in the “madana,” a play on the Urdu word zenana (women’s quarters).

Imagined futures, and speculative concepts – the very styff on which science fiction has always thrived – should be enhanced and enriched by adding female perspectives.

The Female Man by Joanna Russ is a principal go-to game-changer in feminist SF, conducting a powerful and uncompromising critique, both of society and the patriarchal framework of sci-fi itself. Her writing offers “strong, witty female protagonists whose understanding supersedes the status games and repressive obsessions that occupy the other characters, often representatives of far-future societies that parody our own.”

Apart from confronting issues of genger and sexuality, as far as publishers were concerned, the matter of the author’s sex – and her sexual orientation – were considered a hindrance at that time. Nevertheless, the novel helped to begin tear down boundaries not just in SF, but in women’s literature in general.

Its status as an all-time masterpiece has been recognised by Gollancz who fortunately included in their SF Masterworks series. Thus, unlike the other titles mentioned here, The Female Man CAN be found in my local library…

Cue The Handmaid’s Tale (1986) by Margaret Atwood, a dystopian novel – and now Emmy-award-winning TV serial – so timely and monumental, it deserves its own blog post…

“I’m a pessimist if I’m not careful, a feminist, a Black… an oil-and-water combination of ambition, laziness, insecurity, certainty, and drive” – Octavia Butler.

“Considered one of the most creative, unique, and innovative science fiction writers of her generation,” is how feminist scholar Professor Rebecca Hankins describes Octavia Butler (1947-2006) – one of a scant number of African-American writers working in this genre. “Never one to sugar coat our existence, Butler’s writing always centres on women as independent, fierce, and unapologetic heroines.”

Her work also helped eradicate the genre’s entrenched science fiction image as “male, pale and stale.” She created a shape-shifting, gender-fluid creature in Wild Seed; a post-apocalyptic mute in Dawn; and the determined daughter in the Patternist series.

Therefore (one abhors having to admit this), because she does not fit the white male norm expected in the genre, this explains precisely why this SF “aficionado” has been deprived of all knowledge pertaining to this marvellous talent for so long. Moreover, it is a crying shame that her gender and ethnicity have proved a hindrance to her seemingly-deserved exalted status among the SF hierarchy.

As for actually getting round to reading her masterworks?

Do they have Isaac Asimov?

Are you kidding me? A whole shelf is devoted to his sizeable back catalogue…

Dread to ask the librarians if they stock ANY Octavia Butler:

“Her works are an ongoing inspiration,” Professor Hankins continued: “…not only to black women writers, but to all of us to push the boundaries and imagine new fairer worlds.”

And while we’re on the subject of gender, you may be delighted to learn that – in the spirit of these enlightened fluid and flexible times – Brad will be changing gender as well. Henceforth, address all e-mails/Comments to Angelina.

Seriously though, an increasing number of media work is geared towards women writing exclusively for an all-female readership. Look at the subjects requested: history, psychology, sociology – nothing gender normative about them. Nonetheless, in order to get more work in the online 21st century environment, this is the measure one must take to ensure a steady supply of cake in one’s larder…

Finally, let’s finish on an amusing – and thoroughly English – note.

That legend of prime-time evening entertainment: Kenny Everett provided the very first time this bunny saw any man in drag. They must have had a marvellous time making these shows – the production crew couldn’t help but laugh.

There are no SF-related vids here, but there may never come a more appropriate opportunity to show this classic sketch.

While compiling this Post, it was heartening to learn that Billy Connolly is due to receive a knighthood.

Or should that be Dame…?

30 thoughts on ““The Female Man”: Issues Of Gender And Feminism In SF”