The Great Harry Dean Stanton Has Passed Away, Aged 91 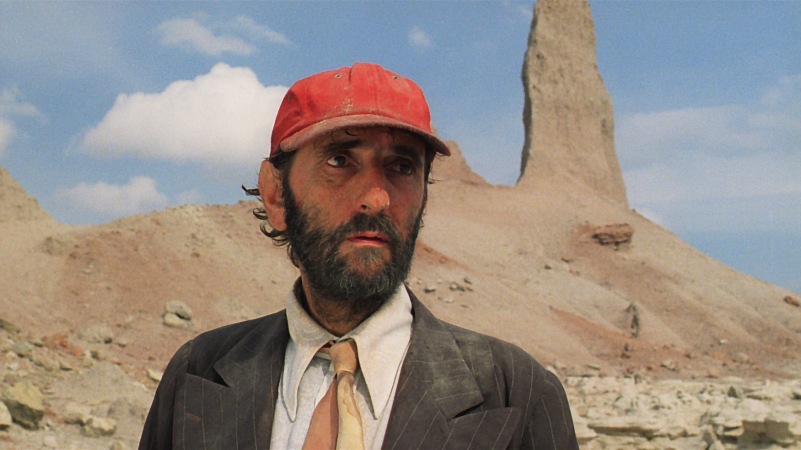 “There’s nobody like Harry Dean. Everyone loved him. And with good reason. He was a great actor (actually beyond great) – and a great human being – so great to be around him!” – David Lynch.

After the overwhelming number of losses we suffered from the movie and music worlds last year, there would be no more heartrending Obituaries on this site. But after learning of the passing of great supporting actor Harry Dean Stanton yesterday, the opportunity to relate what his phenomenal body of work means to me should not go unmentioned.

Born in 1926 in rural Kentucky, after serving as in the Navy during the Second World War, he dropped out of studying Journalism at college – don’t blame you, Harry (that route didn’t become one of my best life-choices) – to attend acting classes at the Pasadena Playhouse in 1949.

After gaining small parts in Western TV shows, he was able to make a poignant mark in a classic Paul Newman movie. Cool Hand Luke (1967) is one of the most powerful dramas ever produced. One of its numerous highlights is Harry’s moving rendition of that ol’ gospel song: Just a Closer Walk with Thee:

With his “weatherbeaten visage and anti-heroic mien” he lent considerable gravitas to a wide range of cool movies. Harry Dean Stanton was one of Kelly’s Heroes (1970); he played a gay hitchhiker in Two Lane Blacktop, Monte Hellman’s existential road movie from 1971; and – goddamnit! – “things ain’t workin’ out” for outlaw Homer Van Meter, fleeing Ben Johnson’s G-Men in the brilliant Dillinger (1973):

Besides a brief appearance in The Godfather Part II, he got involved in another five-star masterpiece during th ’70s. Ridley Scott cast him as a crew member aboard the ill-fated Nostromo in Alien (1979)

At first, he felt reluctant to commit to a “monster movie,” but still managed to create an iconic hangdog cosmic labourer with – let’s face it – the coolest shirt beyond the stars… right?:

He played St Paul in Martin Scorsese’s The Last Temptation of Christ (1987); Toot Toot in the Stephen King adaptation The Green Mile (1999); and, appeared in several projects by David Lynch, including Wild at Heart, Twin Peaks: Fire Walk With Me and, latterly, The Straight Story and Inland Empire.

“…You did scare the hell out of some pigeons though. Big and green, and buck-assed nude… You an alien…? From outer space, an alien?” – Harry The Security Guard.

“I needed to get Banner from the horror of what he had done… He needs somebody who will just accept him,” said Joss Whedon in an interview to promote his blockbuster The Avengers (2012).

Having come face-to-face with the classic xenomorph, Harry would easily accept a green goliath in downtown Manhattan quite well. It was a pleasant surprise to see Harry Dean Stanton in a sweet – albeit brief – cameo in The Avengers (2012).

Harry Dean Stanton in the MCU? Well why on Earth not?!

His participation came through The Avengers’ Director of Photography, who had just been making a documentary about this cult supporting actor. Overwhelmed at having the great man on board, Whedon ended up writing 13 pages devoted to this small and surreal scene, knowing that much of the filmed material would end up on the cutting room floor anyway.

“I was like, oh, this is great, Banner falls into a Coen Brothers movie!” Whedon continued. “The fact that they [the producers] even let me keep that concept and that we actually landed Harry Dean to play it was very exciting.”

“And besides, to work with Harry Dean and to quiz him about Alien and The Missouri Breaks? What a privilege.”

“He ran through the flames toward the only two people he loved… but they were gone. His arms were burning, and he threw himself outside and rolled on the wet ground. Then he ran. He never looked back at the fire. He just ran. He ran until the sun came up and he couldn’t run any further. And when the sun went down, he ran again. For five days he ran like this until every sign of man had disappeared…” – Travis Henderson.

There was indeed a “peculiar kind of sadness,” about Harry Dean Stanton – a mix of vulnerability, honesty and laconic perseverance.

This would appear most evident in Paris Texas (1984) – his only lead role – perhaps the movie he will be best remembered for, and certainly the one with which he was most fond. Having got drunk with writer Sam Shepard, Stanton found himself offered the lead in Wim Wenders’ Palme d’Or winning gem.

When it came to choosing a suitable clip to honour his Lifetime Achievements, this one – obviously – had to be selected.

Brad and his father instantly fell for this mesmerising road movie. Dad enjoyed Ry Cooder’s music even more. Within this enigmatic movie lay some astonishing similarities: both he and Travis found themselves as father to a charming blond moppet relatively late in life.

After The Original Brad became One With The Force, this song remained on my mind – and in my heart – for many months after…

Very few supporting actors could elicit laughter, gasps, screams and tears from me, but with this fella from Kentucky, you could be certain you were going to see something really special. Every time.

Thanks for everything, Harry… 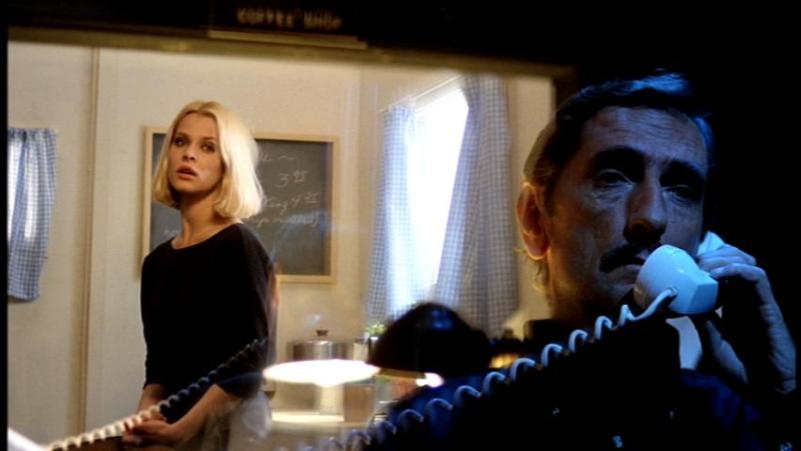 “After all these years, I finally got the part I wanted to play. If I never did another film after Paris, Texas I’d be happy” – Harry Dean Stanton.