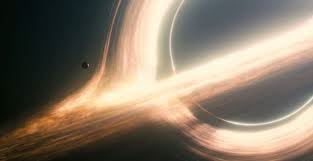 “There is a theory which states that if ever for any reason anyone discovers what exactly the universe is for and why it is here it will instantly disappear and be replaced by something even more bizarre and inexplicable. There is another that states that this has already happened” – Douglas Adams.

The big space movie: Interstellar may have turned out to be one of the biggest disappointments of the year, but there were a handful of awesome images to just about maintain my interest. None were any more powerful than the sprawling Gargantua, a mighty and omnipotent force located near Saturn.

Are we any nearer to understanding what exactly makes black holes work?

In his new book: “The Science of Interstellar,” Prof. Kip Thorne warns that much of the film “must be taken with a pinch of salt.” In dealing with such mind-twisting aspects as curved spacetime, and “holes in the fabric of reality,” the astropysicist branded them as: “the warped side of the universe.”

Essentially, a black hole is a collapsed star. It comes into being when those celestial fusion reactors (commonly known as ‘stars‘) have burnt through its entire stock of hydrogen and collapses under the force of its own gravity. The crush is so hardcore that not even light can escape. In space, no one can hear you gasp. 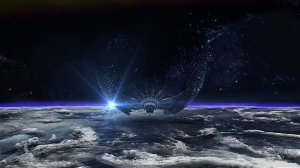 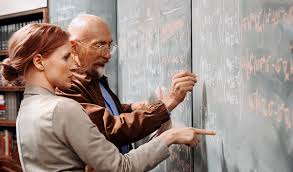 “Since gravity is the dominant force acting over large distances, its inexorable pull should evidently lead to strong condensations of matter. Can anything ever stop it?” – Prof. Fulvio Melia.

One thing is for sure: weird things happen near black holes. Albert Einstein suggested that the gravity of huge celestial bodies – such as black holes – can distort the fabric of the universe. A typical black hole may have a mass equivalent to 100 million suns. It spins at almost the speed of light, and can “drag” parts of the universe with it.

In order to allow the Endurance to reach the nearest star – a feat absolutely impossible by today’s standards of technology, that most convenient of plot-devices: the wormhole was concocted. To validate Nolan’s story of time dilation, a black hole of immense proportions was required; enter Gargantua.

The distortion of the stars adjacent to Gargantua has come to be known as “gravitation lensing.” From computer simulations, Thorne was able to deduce that black holes are “slightly concave on one side, and have a bulge on the other.”

That’s gravity for you; relativity is superweird. 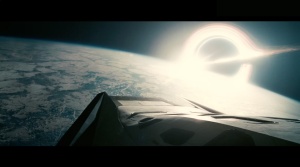 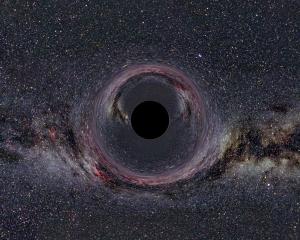 “Because of the hole’s gravity warping spacetime into a fold, flying into, and subsequently through, a black hole could mean you ending up in another space or time. SF has speculated for years that… to travel through a black hole could… access other dimensions” – So You Created A Wormhole: The Time Traveler’s Guide To Time Travel (2012).

What about that great quandary: what would it be like to venture through a black hole – and come out the other side? There is NO WAY that you could exit a black hole once entered. Being sucked into a black hole would entail your atoms being dispersed in an instant…

Honestly… there are times when several so-called Hollywood stars who – based on their (dis)service to what is laughably labelled: “entertainment” – could do with this kind of… displacement. It is ironic to think that in this bland age of overblown movies, the biggest ‘star’ of 2014 will just turn out to be a black hole.

And why ever not?

This beguiling behemoth is testament to what can be achieved through the incredible advance of special effects – Gargantua is impressive on both scale and grandeur. It holds – now and forever – more mass, depth, power, integrity and credibility than a 100 million Mark Wahlbergs. 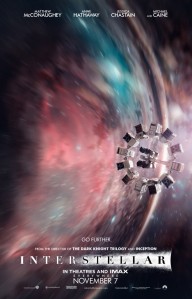 The waiting is over: Interstellar is now upon us. Was it worth it?Christopher Nolan has proven to be a reliable and visionary auteur thus far, but – just to be on the safe side -has employed the consultative services of theoretical physicist Kip Thorne, also credited as Executive Producer.

In a future, too-near-for-comfort, food shortages and epic dust storms are threatening humankind. Before you can say: “preposterous plot contrivance,” Space Cowboy Matthew McConaughey – known here as Coop – (reduced to emergency farm duty) stumbles on the last remnants of NASA (aka Michael Caine) who need him, cos he’s “the best pilot we ever had” to lead a highly improbable mission which nobody can afford.

So, in order to save the planet, the best option is to… find an alternative planet to thrive on (i.e. systematically deplete all its natural resources)? Fortunately, the Endurance has… been manufactured already? Not even tried and tested… but this farmer can transport you to a wormhole near Saturn  (…?) …which someone, somewhere, has just discovered…?

Excuse me, there are black holes and wormholes to be had… but no one warned me that there would be plot-holes-a-plenty! 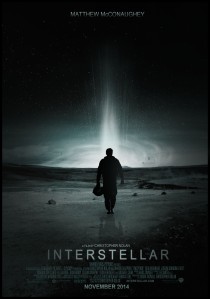 One overwhelming aspect about Interstellar is the fact that Christopher Nolan has made what no one had expected: a dud movie.

With Coop the family man tormented by the ordeal of having to abandon his kids, this material actually manages to invoke Homer’s The Odyssey as well as inevitable comparisons with Kubrick’s justly revered masterpiece. A perfect premise for Nolan to create a deep and empathetic drama, but… where is it?!

The mission is doomed, of course, especially if the crew of multi-million dolar vessel have to resort to paper sketches to explain where they think they should go and how to get there. Jeez…!

Not only that, if stuck millions of miles away, subjected to Tomboy Hathaway prattling on about Love in the Fifth Dimension, then Starlord Brad would rather stay on Terra Firma, inhaling dust at the local baseball game. In space, no one can hear you groan.

One golden opportunity missed: the two droids could have turned out (as was hoped) to be the most charming and amusing droids since Silent Running – or R2-D2 for that matter, but nah, TARS and CASE were nothing more than bland and cumbersome boxes.

And what about that old chestnut: characterization? It is ironic to think that Coop travels all that distance to save humanity, yet there seems so precious little of it to be found amidst these rotten/burning fields. Honestly, take his own son for instance – no really! Please, someone, for the love of corn, just take him…

Which brings us conveniently to the deadly duo who wrote the damn thing.

Christopher – and his brother Jonathon – Nolan were responsible for churning out the painfully inadequate “script.” So, guys: out of the $165 million budget, neither of you could spend any of it on Writing For Movies courses? Or hire me to produce a vastly superior Space Opera?!

“This means flying through a wormhole near Saturn to repopulate the Earth with Hathaway’s frozen eggs…  achieved by strapping McConaughey to a huge metal sphincter and firing him through a shimmering anus in the sky. I feel ridiculous just writing this” – Camilla Long, Sunday Times.

Honestly, if there was anyone ready and waiting to embrace this movie it was me, but Nolan has not concocted a satisfying mix of mainstream physics and emotional intensity. So what good points excited my critical faculties?

Amidst all its faults, grandiose shots, such as the black hole, and Endurance gently gliding past the gargantuan beauty that is Saturn and its rings looked suitably awesome, as did the monumental wall of water caught in mid-torrent.

Yet considering how this is the first major space-travel movie in ages, recommended to be viewed on IMAX, these shots should have been more numerous. Of the woefully scant glimpses of interstellar imagery on display, the shots could and should have lasted much longer.

The scene where Coop confronts his children’s tutors, gobsmacked about the fiddled text books now stating how the moon landings were faked (by Kubrick, we presume?) in order to bankrupt the Soviet Union makes for a particularly amusing scene.

Jessica Chastain puts in a notable performance as the disgruntled farmer/astonaut’s genius daughter as an adult, agonising over the inanities of the script as much as the selfish abandonment by her father.

The shot of Coop racing away from the farmhouse, overlaid with the countdown to launch and Hans Zimmer’s throbbing organ (music) reverberating around the cinema was particularly dramatic. Not only did these elements herald the start of the mission but signalled the moment at which his kids’ hearts were broken.

The location filming (in Iceland) provided some ideal otherworldly cinematography but after Jason Bourne exploded in space (fantastic shots of debris, at least) all hope, credibility and interest was lost. While Coop screamed at Murph (and himself?!) through the gaps in her bookcase, some chortles of incredulity emanated from the back row…

It’s funny how on Waterworld one hour equals seven years “back home.” As soon as the end credits abruptly raced into action after three disappointing hours, it felt like my brain had devolved into wasabi, and my bum had gone numb (lost in another dimension perhaps?) over the course of twenty one horrendous and wretched years.

Some of the critics this week prove difficult to comprehend: Interstellar is not “an instant classic”; it is bereft of any “mesmerising” moments; quite simply, there is no sense of wonder which was bountiful in his Inception, and it is nowhere near the giddy magnificent heights of The Dark Knight. Moreover, for once, we have even been deprived of seeing McConaughey’s pecs!

We’ll find a way. We always do.