Skip to content
HomeGreat Xpectations: A Tale Of Love, Mutants And Apocalypse

What’s the last thing you remember? 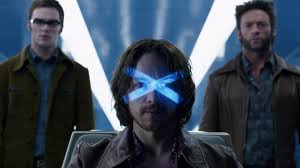 “Get off the bloody chandelier, Hank!” – Charles Xavier.

With the release of X-Men: Days Of Future Past on DVD, this ol’ X-fan has finally got round to enjoying what was inevitably shaping up to be one of the best blockbusters of the year; with Bryan Singer back at the helm, and a plot grabbed from a major story arc in the original comic, it was looking like a very promising prospect indeed.

In the original Days of Future Past comic, it is intriguing to learn that it was Shadowcat (aka Kitty Pryde) and not Logan, who was tasked with the time-travel duties.  Also, the “future” events supposedly take place in 2023, but interestingly enough, the original 1981 comic specifically mentions 2013 – the year incidentally in which filming began.

Well over thirty years ago, visits to London during school hols would always culminate in raiding the bottom shelf of the station newsagent for a comic to read on the train home. Obsessed with finding as many crazy-costumed-crusaders as possible, the search usually concentrated on teams rather than solo heroes. So, er… X marked the spot as it were. No pun intended, for any Uncanny X-Men issue swiftly became the treasure of my (modest) comic collection.

Why – if you like the X-Men so much – has it taken so long for you to get round to watching this: one of the finest in the franchise? Oho! Trust you to come up with such a good question, dear Follower.

When X-Men:DoFP was released in mid-May, my usual mid-year sojourn in the UK was weeks old; the film was available in multiplexes throughout the country, humongous billboard posters of Wolverine and Mystique taunted me in London Underground tunnels, but still, no muto-show. What on Earth was holding me back?

Thousands of miles at home on the Gulf of Thailand, Mrs. B waited patiently. During our daily chats on the phone, we agreed to not seeing it separately until my return.

In the past “a new and uncertain world” as Charles Xavier called it, (late 2000 to be precise), while flying down to Australia, watching The X-Men as inflight entertainment was such a great experience, and helped allay pressing concerns about how (and where) to find gainful employment and/or the love of my life.

Fast forward to May 2003, Bradscribe – living and working in Southeast Asia – sat in a fine, yet freezing cold, cinema, with his gorgeous girlfriend (who is now the lovely Mrs. B) enjoying X2: X-Men United beside him. My own “world of endless possibilities and infinite outcomes” had been seized successfully. Such an amazing movie – we ended up watching it together at the cinema three times. Not only did we promise to grow old together, but vowed to watch any more X-Men sequels that came our way!

It’s such a shame that X-Men: The Last Stand (2006) turned out to be a huge disappointment, jettisoning the drama and character development of the first two films for a monotonous cascade of lame fight sequences. It may have been a weak movie, but our love remained strong. 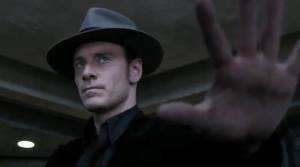 “We were supposed to protect them. Where were you when your own people needed you? Hiding! You and Hank, pretending to be something you’re not! You abandoned us all!” – Erik Lehnsherr.

It should be said that it was stupendous news to learn that Michael Fassbender had been cast as a young Eric Lensherr, in X-Men:First Class (2011). Mrs. B acquired the DVD when it came out. We settled down to watch, and sure enough, Fassbender as Magneto proved to be impressive; his presence made the film work and took the franchise to an interesting new level. But it soon became evident that my beloved clearly did not dig what was going on. To her, an X-Men movie without Scott or Jean – or completely Ian McKellen-less for that matter – ain’t worth her time. Yet this new instalment, with all of Her faves reinstated, and some spectacular scenes on offer, looked like rekindling our mutual mutant appreciation.

For me, DoFP did not disappoint. Again, Fassbender is on top menacing form. An instant classic scene sees a sinister fedora-clad Eric, infiltrating the facility where his helmet is stored; the image of him marching down the corridor levitating metal balls above his palm, was cool and impressive, not only requiring  inmmediate playback, but just had to be incorporated into this Post by any means necessary. The tension between Erik and Charles in 1973 clearly in my view surpasses the ’60s drama of the previous movie. The scene between the young and elder Xaviers is especially astounding, and the dialogue between Wolverine and a dispirited Charles in Cerebro is a contender for one of the best scenes from the whole franchise.

The final scene where Logan wakes up in a peaceful but busy Xavier School and sees Jean Grey was a nice touch and brought back teary-eyed memories of that happy month in 2003… when only one movie mattered.

“The thrust of Apocalypse is really to complete the trilogy… There will be familiar characters and new characters that we haven’t seen… ever… but it’ll be the completion of what we began in First Class” – Simon Kinberg.

Last, but by no means least, the post-creds sequence for DoFP must stand as the most thrilling this fanboy has ever seen in any Marvel-related movie. From the depths of my dark, tangled mind, the character portrayed was instantly discernible. Apocalypse was one of the most powerful mutants, also known as En Sabah Nur (“the first one”). This final instalment in the trilogy may feature other mutants not previously featured onscreen, but should provide an awesome spectacle when it is unleashed in May 2016. But will Mrs. B appreciate it? “It’s going to take the two of us.”

Well, as our new DVD got underway, it came in for instant criticism. She frowned discouragingly during the opening mutants vs. Sentinels battle.

It is with deep regret that even yours truly had to confess to not knowing who any of those mutants were.

“You’re the fanboy! You should know!”

Yes, my dear, but 1981 was a very long time ago, and none of the onscreen X-Men sport their unique costumes as seen in the comics, so it all looks rather confusing.

When Logan wakes up in 1973, he just had to be absolutely starkers, didn’t he? Mrs. B was clearly not amused. She huffed discontentedly, snuggled down on the sofa, and fell fast asleep, leaving me to sit through the rest of the movie on my own which, as mentioned before, is what this blogger should have done four months ago anyway.

15 thoughts on “Great Xpectations: A Tale Of Love, Mutants And Apocalypse”